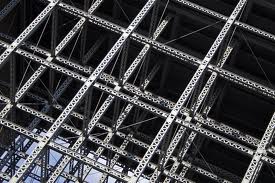 My goal is to cover some .NET 4 Platform features through a series of &amplsquoguideline&amprsquo type entries demonstrating some new and existing functionality.

My goal is to cover some .NET 4 Platform features through a series of ‘guideline’ type entries demonstrating some new and existing functionality.  In this first entry, I have seen both classes and structures used throughout applications.  The following is meant to describe and explain good design considerations.
Structure types are well suited for modeling mathematical, geometrical, and other "atomic" entities in your application. A structure (like an enumeration) is a user-defined type; however, structures are not simply a collection of name/value pairs. Rather, structures are types that can contain any number of data fields and members that operate on these fields.

myPoint.X=100; myPoint.Y=76; myPoint.Display();
You can create a structure using new keyword which will use the structures’ default constructor.
i.e. Point myPoint = new Point(); // each field will be automatically set to its default value
A custom constructor can also be created with a structure which allows you to specify the values of a field upon creation.
i.e. Public Point(int xpos, int ypos) Point p2 = new Point(50,50);

A class is a user-defined type that is composed of field data (often called member variables) and members that operate on this data (such as constructors, properties, methods, events, and so forth). Collectively, the set of field data represents the "state" of a class instance (otherwise known as an object). The power of object-based languages such as C# is that by grouping data and related functionality in a unified class definition, you are able to model your software after entities in the real world.
I am going to jump to some less known aspects of a class.
Default constructor: By definition, a default constructor never takes arguments.  After allocating the new object into memory, the default constructor ensures that all field data of the class is set to an appropriate default value. Custom constructor:Allows the user with a simple and consistent way to initialize the state of an object directly at the time of creation.  Note however that as soon as you define a custom constructor the compiler removes the default constructor.  Thereby if you wish to continue to have both a default and custom constructors you must explicitly declare the default constructor.
Chaining constructors utilizes the ‘this’ keyword.  Understand that using the this keyword to chain constructor calls is never mandatory.  Notice in the example below however that the constructor Public Motorcycle(string name) takes one string argument but continues to call the additional constructor Public Motorcyle(int intensity, string name) via the this keyword i.e. this(0,name)

If one or more of these conditions are not met, create a reference type instead of a structure. Failure to adhere to this guideline can negatively impact performance.